Pass the Mic: Starting the Conversation on the Opioid Crisis 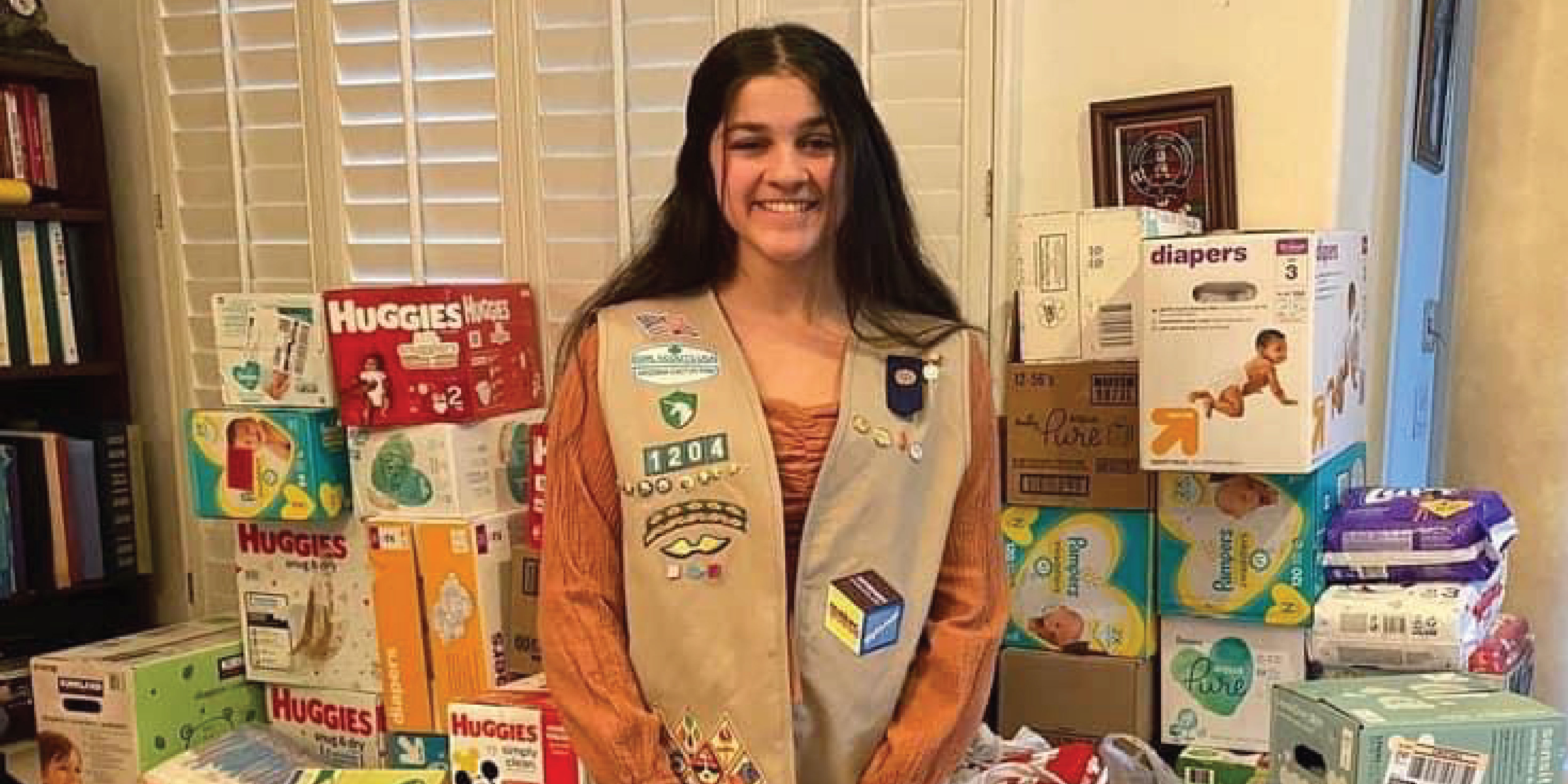 Megan is a Girl Scout Senior from Troop 1204. She is a 2022 Gold Awardee whose project with Hushabye Nursery focused on the impact of the opioid crisis. Megan hopes that her experience can inspire others to create change. Hear Megan in her own words.

A few years ago, I lost my cousin to addiction. His death left a gaping hole in my family, and it shaped the way I viewed drugs. Back then, I did not know about the opioid crisis; its complex addiction process, universalism, and possible solutions. Through that experience, I became passionate about starting the conversation on this complicated issue. Although the opioid crisis is apparent in most neighborhoods and communities, speaking about it is highly stigmatized. The opioid crisis is a rising issue that needs to be talked about. In 2020, there were nearly 69,000 opioid-related deaths.  My goal in this blog is to explain the opioid crisis so you can spread this knowledge to your own community. Then, together, we can truly combat this national epidemic.

The addiction process of drug abuse is like a whirlpool. If trapped in a whirlpool, a swimmer can withstand the pressure and resistance of the water in the beginning. However, as one continues to swirl deeper, the speed increases, the resistance strengthens, and the swimmer begins to fall in; becoming nearly impossible to escape. The swimmer’s lack of physical control is analogous to drug misusers’ lack of mental control. Often, when people become addicted, they are “written off” as lacking the moral principles or the willpower to stop taking drugs. However, drug addiction is a complex disease that corrupts the brain, making it unimaginably hard to get clean and escape the whirlpool.

Drug abuse is universal. No matter one’s race or identity, drug abuse can corrupt their mind and spread in their neighborhood. Addiction also impacts everyone in the community, not just the abuser. Families can be torn apart by drug abuse; the smallest victims in this situation are babies. Babies who are exposed to opioids in the womb are born into non-encouraging environments and forced to detox in loud and cold NICUs. In Arizona, two babies are born every day withdrawing from opioid dependency. From my research, I found that the root cause of many broken families is not having the environment to succeed. To help break this cycle, I believe mothers should be given the chance to deal with their addiction and try to parent their newborns.

Through my Gold Award project, I was able to help combat Arizona’s own drug crisis. I worked alongside Hushabye Nursery, the first and only recovery center for infants who were exposed to opioids in the womb. Hushabye Nursery provides a safe and inclusive environment where mothers, family members, and babies can receive the care and therapeutic support they need to

ensure the best future for their family. In pursuit of my Gold Award, I held a donation drive around my community and then built and organized a donation closet. The closet included clothing and goods such as diapers, wipes, and other infant needs. This addition to the organization helped motivate the moms to attend more of the provided parenting classes which then gained them access to “shop” from the closet. Additionally, Hushabye Nursery become one of the National Charity League’s official philanthropies to hold yearly donation drives.

During the process of completing my Gold Award, I also made an effort to inform my community about the impact of the opioid crisis. By sharing information about drug abuse with your community, change will begin to be made against this issue. Together, we can ignite that change.

I nterested in participating in our Pass the Mic series? Contact our marketing team at stories@girlscoutsaz.org. This opportunity is open to all Girl Scout Cadettes – Ambassadors.