Ceremonies help Girl Scouts mark special events throughout the year, such as bridging to another level, earning a National Leadership Journey award, or getting a Girl Scout pin.

Ceremonies can commemorate accomplishments or add something special to the beginning or end of a group's meeting. Girls can plan a ceremony around a theme, such as friendship or nature, and express themselves in words or songs. Whatever its purpose, every Girl Scout ceremony helps girls share in Girl Scout history and traditions—and create special memories.

Whether you’re a new or seasoned leader, we put together this guide of Girl Scout Ceremonies to help you plan and get familiar with the traditions.

You might find yourself asking, “How do I plan this Ceremony?” As a Troop Leader, your job is to guide the girls in an age-appropriate way as THEY plan their celebration. Walk your Girl Scouts through the ceremony one step at a time. Listen to your girls’ ideas and be open to help them create the ceremony in a meaningful way. With younger Girl Scouts, you might consider giving them simple choices to make, such as choosing a theme for the event or having them pick the songs they want to sing. If your girls want to make bracelets or hold a daisy flower, for example, honor their decision-making skills and include their ideas in the ceremony.

Offer the opportunity for girls to express how important this ceremony is to them by allowing them to create invitations, ceremony programs, and decorations. When it comes time for preparation, call on your troop parents for support to help make this celebration come to life. As your girls get older, you’ll be able to turn over additional responsibilities in the planning and execution of the ceremony – keeping in mind that their ideas will change over time. Before you know it, you’ll be sitting back and watching the girl-led, learning-by-doing process unfold, leaving you with a feeling of honor and pride. 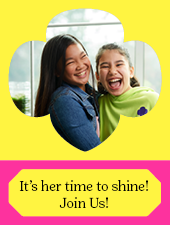 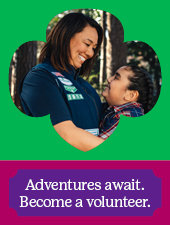